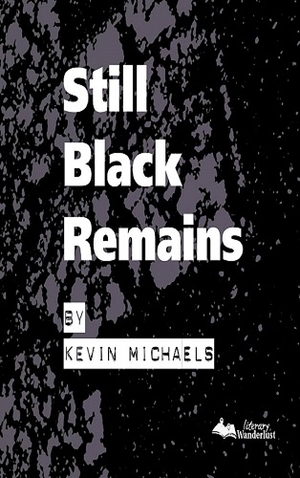 As children, we were taught that it was rude to listen to other people’s conversations. I often heard “Mind your own business” whenever I eavesdropped on conversations at school or on the playground. Girls were a mystery back then, and I listening to their conversations provided clues I needed. It was an important lesson that has benefited me as a writer. Listening to other people talk can help make realistic conversation a part of your short story or novel.

Dialogue is the backbone of every story – it needs to be true to your characters while capturing the reader’s attention. The best writers have an ear for dialogue. Yet writing dialogue is something many struggle with, and the most common mistake writers make is spelling out everything in one long, comprehensive monologue, even though real conversations don’t work that way. Real conversations are messy, full of interruptions, unfinished sentences, and inconsistent speech patterns.

There is no way better at learning that than by listening to conversations that don’t involve you. Listening in on random conversations –polite eavesdropping – is something that can help you fine-tune dialogue authentically, and make stories come alive visually.

Good dialogue in a book has a natural rhythm. Bad dialogue can make us stop reading. Or throw the book across the room. Or both. Elmore Leonard was a master of dropped words, tense changes, and short, abrupt sentences that started and stopped in mid-stream. He mingled the inefficiencies of speech with a way of writing that made the pages disappear and voices come to life. When a Leonard character talked, the very shape and rhythm of the words moved the story forward while revealing much about that character. Over the years he honed his lean, dialogue-driven prose to accurately reflect real conversations, like this from Fire In The Hole:

It was an overcast morning in October, the two sipping coffee, getting acquainted again.
“I remember you from around here.”
“A long time ago.”
“You still look the same as you did at Glynco,” Art said, meaning the time they were both firearms instructors at the academy. “Still wearing the dark suit and wing-tip cowboy boots.”
“The boots’re fairly new.”
“Don’t tell me that hat is,” The kind Art Mullin thought of as a businessman’s Stetson, except no businessman’d wear this one with its creases and just slightly curled brim cocked toward one eye, the hat part of Raylan’s lawman personality. He said no, it was old.
“What do you pack these days?”
“This trip my old Smith forty-five Target.” He saw Art grin.
“You and your big six-shooter – born a hundred years too late. You ever get married again?”
“No, but I wouldn’t mind some home life.”

This brief interchange is concise but within the story tells more about Raylan than three or four paragraphs of narrative backstory.

As a writer you need to put yourself into the same kind of situations as your characters. If you’re writing YA for example, listen to teenagers to get a sense of their rhythms and speech patterns. I don’t suggest robbing a liquor store if you write crime fiction, just to capture the authenticity of a tense exchange with the clerk behind the counter as he empties the register. But eavesdropping on two random strangers can create a different sense of the ebb and flow of conversations. You can learn the cadence of the give-and-take between two people, and what it sounds like when people talk over each other. How to write dialogue where one person does most of the talking. And how arguments sometimes escalate in slow, short, angry bursts.

Dialogue in fiction is supposed to be a representation of how people actually speak, and there is no better way to learn that than by subtly listening to the way people talk with one another. You still may not understand everything you need to know about girls, but you can make your own dialogue come alive. 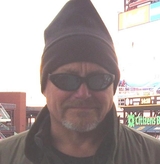 Kevin Michaels is the author of the critically acclaimed debut novel Lost Exit, as well as two entries in the Fight Card Books series: Hard Road and Can’t Miss Contender. He also released a collection of short stories entitled Nine in the Morning. His short stories and flash fiction have also appeared in a number of magazines and indie zines, and in 2011 he was nominated for two separate Pushcart Prize awards for his short stories. Other shorts have been included in the anthologies for Six Sentences (volumes II and III) and Action: Pulse Pounding Tales (2).

In April 2017 his latest novel Still Black Remains will be published by Literary Wanderlust LLC.

He has also published a number non-fiction articles and stories in print publications ranging from the NYTimes.com and the Life/Style section of The Boston Globe to The Bergen News and Press Journal and raged in print at places like the triCity News, NY Daily News, and The Press.

He is the Founder and Creative Director of Story Tellers which is a community-based organization that develops and promotes literacy through writing. Story Tellers provides under-served teenagers, young adults, and women from distressed situations the opportunity to discover the strength and power of their own voices (self-empowerment through self-expression).

Originally from New Jersey, he carries the attitude, edginess, and love of all things Bruce Springsteen common in his home state, although he left the Garden State to live and work in the foothills of the Appalachians (Georgia) with his wife, Helen and an assortment of children and pets.