Music Tracks in eBooks: A New Market for Songwriters? by Barnaby Hazen 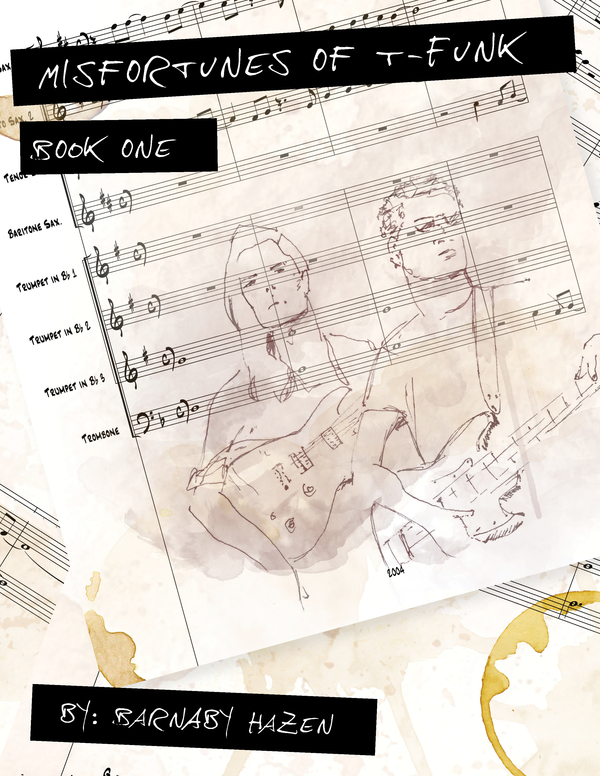 Music Tracks in eBooks: A New Market for Songwriters?
By Barnaby Hazen

I found myself writing a book covering familiar ground—musicians. As I began brainstorming characters and situations, it became clear the story would frequently refer to their music, and I hit a wall as I felt I would be on the edge of describing this music in exhaustive detail, or passing it over as a generality.

Then I remembered I had decades of my own musical productions readily at my disposal. With the story picking up traction, I started dropping these recordings in place and felt the demands of my sometimes-dictatorial muse answered in full with surprisingly little effort.

Music placed in eBooks this way seemed a highly specialized requirement—maybe even unique to me. But while I began putting the technical pieces together for making this happen, I started wondering if other authors might find different reasons for including musical “breaks” along the way to telling a story—as I have in my series, Misfortunes of T-Funk.

Please keep in mind I am not an entertainment lawyer, but have taken classes and read extensively about music business, especially regarding what’s called music publishing, and this is precisely what we’re talking about as we look to drop music into our books. Music publishing is the collection of monies on behalf of songs. Many medias require music, and no matter how easy it is to grab an MP3 off some open source on the web and add it (often illegally!) to your collection, all above ground entities (such as film-makers) are still legally obligated to obtain permission for the use of the compositions, period.

And as authors, so are we.

Let us learn from my example—strange in that I am the music publisher of the music I have chosen for Book 1. I’ve opted to place these recordings on SoundCloud, available to the public. Now as links pop up in the book, readers/listeners will have the option to click and hear what is being referred to in the text.

If you are an author and a recording artist, this is an extremely easy formula for combining your mediums—just set up the music links on a free access site, insert them in the book and voila.

Extending this idea, if you as an author became interested in using recordings by an independent artist, and wanted to add accessible links offered by the same artist—on Reverbnation, Bandcamp, etc.—it would be easy enough to do so, and probably borderline legal, since the band has optioned to present those as free to the public; but you should get in touch and get permission. Firstly, and most obviously, the band could pull that link at any time, and you don’t want to lose credibility by having your book sending readers to dead links. You also presumably want a good rapport with the artist. Perhaps they would appreciate the exposure, if their music is already free! For the purposes of using a free music link, you could strip this lengthy contract down considerably): http://ilicensemusic.com/license.

I’m also creating another version of Book 1, and this is where things in the music publishing sector become very interesting. Using Amazon’s Textbook Creator, my book’s second edition will have MP3s embedded in the book itself. Because of these built-in songs, I will then be liable to pay the songwriters what’s called a “Compulsory Mechanical License” fee. Here is a detailed article, but basically this is a set rate for using songs already released by the copyright holder. Again, it’s much easier to put an agreement together if you’re in direct contact with the music publisher, but it can be done with giant, untouchable entities if you get an expert on the job or go through some extensive research of your own. Before you approach any artist, it might be good to know the current rate is 9.1 cents per song/download.

Personally, I’d be happy to find this eBook model had a way of sending money back into the destabilized recording industry—and it will be a distinct pleasure to cut checks to songwriting partners for collaborations they may have long dismissed any claims on since the day we recorded them. 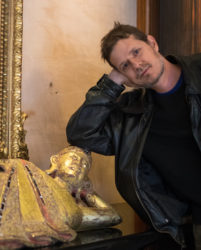 Barnaby Hazen is an author, editor and musician. Driven strongly by collaboration, it seems natural his first venture into writing began with a friend. Seven Eleven Stories periodical took shape in 2014 and just one year later, Seven Eleven Forgotten and Other Stories debuted with a full-length collection featuring nine strange tales on convenience store fiction.

In 2017, Misfortunes of T-Funk, the first in a series, pulls directly from Hazen’s own life in music. Having been a lifelong, dedicated listener, teacher and performer, his latest novel incorporates his self-recorded and produced musical tracks directly into the chapters of his new novel. Hazen’s music illuminates his main characters and further elaborates on the story, creating a unique and personal soundtrack for readers of the book.

Having spent years as an educator, Barnaby’s time as an elementary school music teacher particularly inspired him to become involved with The Bud Hawthorne Revue. He writes and edits the publication, along with Mr. Hawthorne himself, and is eager to continue offering contributions to literary culture given his unique perspective on writing.

Hazen lives in Taos, New Mexico with his wife Sarah and their adorably troublesome pets.