A Mother Goddess for Our Times: Mary’s Appearances at Medjugorje by Judith T. Lambert 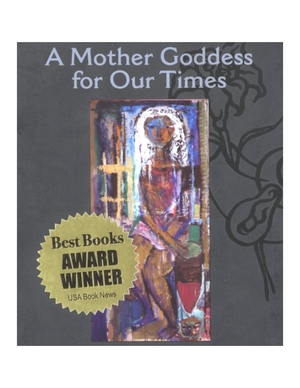 Having grown up in a Catholic family, discussions often focused on a wide variety and number of appearances by Mary. Due to those family talks, I recall the first time the visions at Medjugorje rippled out to public recognition. Judith T. Lambert’s slender volume, A Mother Goddess for Our Times: Mary’s Appearances at Medjugorje, not only reminds me of those extended family chats, but also brings them into a new focus.

The frame within which Lambert’s book is formed is her record of four pilgrimages she made to Medjugorje from March 1989 to April 1991. At the time of her pilgrimages, the country of Medjugorje’s locale was called Yugoslavia; now it is in the Herzegovina region of Bosnia and Herzegovina. The location is significant because Mary reiterates a request that people open their hearts to love as She loves. Within a year of her final pilgrimage, Yugoslavia existed no more and the turnover was not loving.

Lambert’s writing regarding her personal steps on her spiritual journey is open and honest and includes some of her dreams as well as segments of her journal entries from each of her visits to Medjugorje. Her background is not particularly religious, giving her a fresh point of view, untainted by a particular dogma or doctrine. This makes her book on the experiences and visions at Medjugorje unique. Lambert’s research on ancient titles for the Goddess as well as accounts of devotions to various primarily Mediterranean region Goddesses uncovered many similarities to those reported for Mary. Her title, A Mother Goddess for Our Times , reveals her basic thesis, supported both by her research and her pilgrimage experiences, that Mary should be considered and called a Goddess as She brings forth the Divine Feminine archetype.

Judith T. Lambert’s book, though slim, is densely packed with her dreams, pilgrimage experiences and research. It is a pleasant, well-written read for anyone interested in Mary, Goddesses or the Divine Feminine. She also includes a glossary and bibliography for further exploration.

Q. Since completing Mother Goddess have you continued to research connections between Mary and other Goddesses? If so, what more have you discovered?

A. Funnily enough, further investigation was quelled by writing Mother Goddess. I’m no longer compelled to justify how something as powerful as Medjugorje might work for me. If anything, I’ve discovered I am content to grow without having to question everything. Occasionally, I do see something that reminds me of Mary’s origins and my mind wanders back in time, but for the most part I am content with my understanding.

Q. How do you refute arguments that those very connections signify that Mary is not a Goddess (since she is such a ‘recent’ addition)?

A. Mary has been relevant for 2,000 years since the beginnings of Christianity. Her reign seems to have sprung from the ashes of Greek and Roman goddesses. But the book wasn’t necessarily written to prove that Mary is a Goddess. Rather it was written for those who may have cut themselves off from traditional pathways because they view them as patriarchal establishments that don’t support women or women’s spirituality. My purpose was to show that women’s spirituality is a strong component of the Church. I wanted readers to see how that might be possible in modern times and how it is relevant today without having to rely on past eras to sustain and nurture us.

Q. How do you see yourself continuing to spread Mary’s message?

A. Hopefully many will read, A Mother Goddess for Our Times: Mary’s Appearances at Medjugorje (a Best Books Award Winner) and be open to going on a pilgrimage or simply consider women’s spirituality in the present. Many times we turn to past goddesses when in fact there is a vibrant living goddess in our midst.

Q. Have you returned to Medjugorje? If so, will you write more about your further experiences?

A. I still return to Medjugorje and I have been somewhere in the neighborhood of 9 or 10 times. When I’m in Medjugorje with so much time to dwell on things, I often have material for another book! But, rather than writing more, I have been focusing on getting my finished books into readers’ hands.

Q. Do you believe that things have changed since the country became Bosnia and Herzegovina?

A. I made my first trip to Medjugorje in 1989 and Bosnia and Herzegovina gained its independence from Yugoslavia in 1992. I only visited Medjugorje to experience the healing and peace and never really immersed myself in the politics of the Balkans. I do believe that the division of Yugoslavia has lessened the ethnic tensions in most of the new countries throughout the former Yugoslavia.

Q. Is there anywhere else you have gone on pilgrimage, or any place you have yet to go that you hope to visit some day?

A. Oh sadly, I haven’t specifically gone on a dedicated pilgrimage anywhere else. Although, from time to time I’ve thought about it, but when I get ready to decide, Medjugorje preempts my efforts and I end up returning once again. Possibly my weekly jaunts to the Erawan Shrine in Bangkok count, ha. Actually, I am a believer in all religions but in something beyond dogma. My other work, The Light: A Modern-Day Journey for Peace (BMS & IPPY Award Winner 2017) speaks to my overall personal journey.

Q. What spiritual practices have enhanced or encouraged your spiritual growth the most?

A. Many things come to mind which have all fostered my personal growth in some way: marriage, motherhood, prayer, meditation, right livelihood, sticking to ideals, practice, dedication to God, color meditation, mudras, thankfulness and being constant and consistent.

Q. You mention the Feminine Divine archetype as having anger and violence as attributes. How does Mary, or the visions of Mary, exhibit these aspects?

A. Oh, this is an interesting question. While many people act out, most of us try and hide our anger and control ourselves. Aspects of war and violence lie deep within the folds of many of our souls. And just like us, Mary tries to harness her anger. With Mary, it took me both research and being in Medjugorje to decipher the presence of these attributes. With investigation and research (documented in the book) you can see some aspects of anger in Mary. Of course, moving beyond Mary, the most important thing is clearing one’s personal tendencies.

Q. Is there anything you would like to say to your readers?

A. My belief is that religions and places of worship are the very sparks of the greater Light we all share.