Shadow of Death by Jean Sorrell 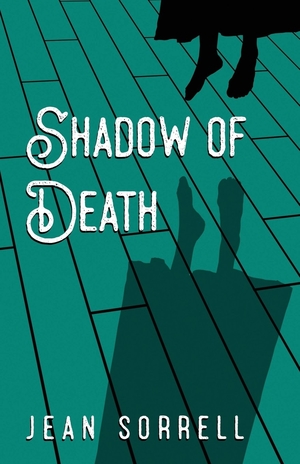 Catherine is a bit of a recluse – a voluntary shut-in who spends her days painting portraits. She is forced to leave her comfort zone when she gets word that her sister, Sister Mary Gretchen, has died, and the Mother Superior won’t tell her more until she arrives at the leper hospital at which her sister served. Upon arrival, she is told her sister committed suicide by hanging, but the situation doesn’t ring true to Catherine. It’s an uphill battle, but she is eventually able to prove that her sister was murdered. A winter storm rolls in, and the terrible road conditions are preventing the Sheriff from arriving. Tensions at the secluded hospital are high, and a killer is still on the loose.

Jean Sorrell’s Shadow of Death is a historical fiction taking place in Louisiana in the 1940s. This is an incredibly engaging book and one that is a must-read for fans of historical fiction. There are a few typos throughout the book, usually an extra word, or a rogue quotation mark. They’re minor enough that most readers are likely to not notice, and those that do are still likely to not feel that such errors ruined their immersion. I’m also not sure why the flashback sections were set in a different font from the rest of the book, particularly when they are set off with a date stamp and a section break anyway.

The mystery of who killed Gretchen isn’t actually what keeps the pages turning; instead, it is the slow build of the setting and the characters themselves that keeps the reader coming back for more. There is a second mystery tied into the main one, and both mysteries are solved a little hastily – one with the typical bad guy monologue – and can be a little disappointing if you were here solely to learn “who’d done it.” If, instead, you were here for Catherine and her sister, for learning about their past, and the nuns who dedicated their lives to serve at a leper hospital during a time when the disease was incredibly misunderstood and no real cure existed… in that case, readers will be well satisfied.

This isn’t a book to devour in an afternoon, but rather one to be savored over several days. Shadow of Death is a book that comes alive, and is likely to linger in the back of your thoughts long after reading.