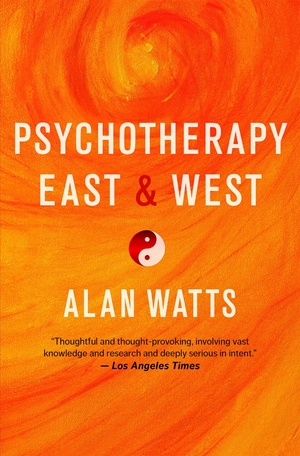 Whether someone seeks psychology or spirituality to solve anything from their everyday worries to their existential troubles, Alan Watts asserts in Psychotherapy East & West that the guru or therapist’s only available methodology is trickery because the solutions to the questions are paradoxical. Any question posed by the seeker will inherently include ego, which does not exist, but directly explaining this to the seeker does not help. Instead, the guru or therapist must pretend that ego exists to help the seeker discover for himself or herself that ego does not exist.

“The point is not that one stop choosing, but that one chooses in the knowledge that there is really no choice. Eastern philosophy is full of such seeming paradoxes—to act without action, to think without thought, to love without attachment. It is simply that in a universe of relativity, all choosing, all taking of sides, is playful. But this is not that one feels no urgency. To know the relativity of light and darkness is not to be able to gaze unblinkingly into the sun; to know the relativity of up and down is not to be able to fall upward. To feel urgency without compulsion is this seemingly paradoxical way of describing what it is like for a feeling to arise spontaneously without its happening to a feeler.”

In consideration of the paradoxes, Alan Watts argues that Freudian psychoanalysis and Jungian analytical psychology took Westerners closer to the truth, but they are not as fully developed and effective as Buddhism. This is not a self-help book but an analytical approach to the similarities and differences between how psychotherapy is performed in the West and how spiritualty is practiced in Eastern traditions.