The Science of Shame and Its Treatment by Gerald Loren Fishkin Ph.D. 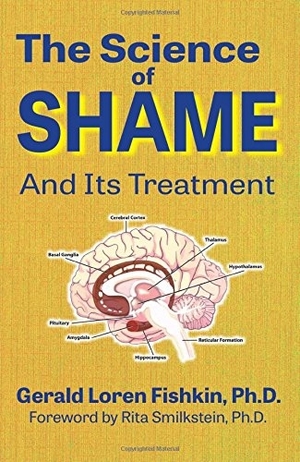 How is shame different from guilt? According to Gerald Loren Fishkin, Ph.D. in The Science of Shame and Its Treatment, someone feels guilt when they’ve done something wrong; shame, the feeling that someone is inherently bad or unworthy, is more insidious. Fishkin relays the historical view of shame as an extension of narcissism, the ego’s disappointment for not reaching high achievements. For years, shame was only studied as a cause or consequence of addiction. However, Fishkin finds that anyone who’s experienced childhood sexual abuse, neglect, or physical or emotional trauma, suffers from shame brought on by negative self-talk. Fishkin found that the popular treatment method, Cognitive Behavior Therapy (CBT), could change, modify, or eliminate guilt, but not shame caused by childhood abuse, neglect, and trauma. Instead, treatment should be directed at the trauma that influences an individual’s self-perception and worldview to create harmonic associations and fix disharmonic associations. Untreated trauma and shame are not just a personal issue, but a societal concern, and are likely the underlying cause of the increasing rate of school shooters.

“Carried shame and its negative messages are seen as abusive, critically affecting the child’s developing sense of self and self-worth. In essence, children carry the burden of their caregivers’ abuse, dysfunction, and inadequacy – their sense of shame – and identify with it. Then, they in turn carry it forward. The cycle of family shame can be generational unless intervened upon.”

The Science of Shame and Its Treatment is a short book, but it’s dense with Fishkin’s findings, passages of research by experts, and psychological theories that are easy for a layperson to understand. For the first four chapters, which define and explain the root causes and manifestations of shame, Fishkin uses the plural first person. He and the reader are on the same journey to discover shame and the negative self-talk it creates. In the final chapter, on treatment, his tone shifts toward the psychiatrist rather than the patient, suggesting various methods for the psychiatrist to attempt, rather than suggesting things for someone who suffers from shame to do at home by themselves.

Although he never mentions her, Fishkin’s research on shame is very similar to Brené Brown’s. Anyone who’s found her work to be interesting and inspiring should check out Fishkin for another perspective.