The Paris Secret by Karen Swan 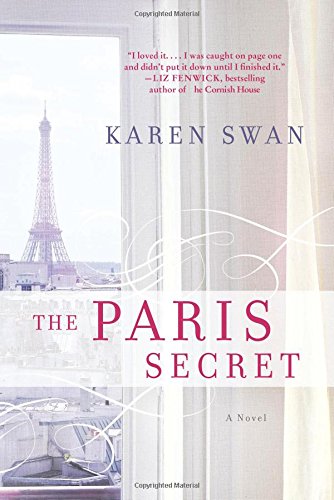 An apartment has been opened in Paris that was locked up and abandoned during World War II… That much of this book is true; it’s the basis of this intriguing novel.

When the apartment is opened after seventy-three years of silence, a treasure trove of art comes to light. Concerned and curious, the wealthy, high-society descendants of the original owners hire the high-powered British Fine Art Agent Flora Sykes to determine  provenance, assess value, and advise on how to proceed. That’s the core of the novel’s plot.

Now, fasten your seat belt, and be prepared to read what happens in one entranced sitting.

The art is mostly rare paintings. All very puzzling, Flora thinks – “An apartment with over two hundred valuable paintings and artworks stored within it, deliberately locked up and left to the dust? It wasn’t how the situation could have come to pass that bothered her, it was why.”

As she digs deeper, Flora discovers the strange role of a Jewish art dealer who appears to have colluded with the Nazis. But, what’s his connection with the owners of the apartment and their present-day descendants? The puzzle grows stranger, the implications darker, the facts pile up, and as the surprises escalate, new and more baffling possibilities open up. Flora knows that “She had been quick to accept the facts as they were presented to her, but if she was to rewind events, would the story be the same? She frowned hard, pulling apart the given narrative and going back to just the facts…”

That “Aha!” moment comes half way through the story, and from there on what started out as a somewhat ordinary assignment is faced with all sorts of new possibilities.

I won’t give any more of it away, except to say that I was so entranced by this exceptional novel that it was hard to put down. It’s a captivating, intriguing art mystery story with remarkable, sometimes startling but, in retrospect, quite plausible twists and turns that simultaneously impact Flora’s professional and personal life.

This novel is a winner. France is the perfect setting for the story, and both the plot and the writing are de qualit é sup érieure!