The Ecstasy of Being: Mythology and Dance by Joseph Campbell 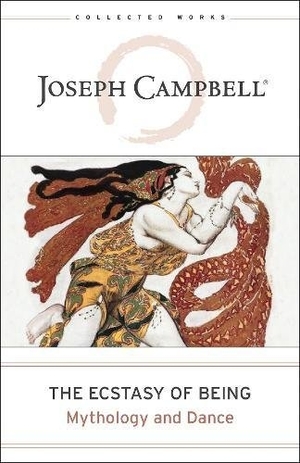 The Ecstasy of Being: Mythology and Dance is the latest collection of published and unpublished works by the renowned American scholar who developed the hero’s journey theory, connecting similar symbols and stages of popular myths from around the world. Editor Nancy Allison, CMA divides the book into two parts. The first half contains seven articles, most of which appeared in Dance Observer in the 1940s and 1950s, and one transcribed lecture. The second half is an unpublished manuscript. As a slim volume, fifty-six black and white images help bring Campbell’s analyses to life.

“In the way of a working formula, the sense of this modern movement might be summarized in such statement as the following: In a work of proper art every aesthetic element has a psychological value equivalent to that of some mythological image or idea” (Campbell, 74).

As with any posthumous publications, it’s impossible to know what the author would retract, revise, or expand upon. Readers will need to consider for themselves to decide which ideas are fully developed. As Allison points out in the endnotes, there are areas where Campbell’s wife, the dancer Jean Erdman who he discusses at length, indicated differing opinions.

Still, this is an important collection to add to Campbell’s canon on art and mythology with a focus on dance and dancers such as Michio Ito, Isadora Duncan, Martha Graham, and Mary Wigman. Anyone who’s enjoyed Joseph Campbell’s other works or is interested in the expression of dance will doubtless find something noteworthy.