How Do We Experience Stories Differently in Music, Poetry, Films, and Novels? by K.M. Ecke 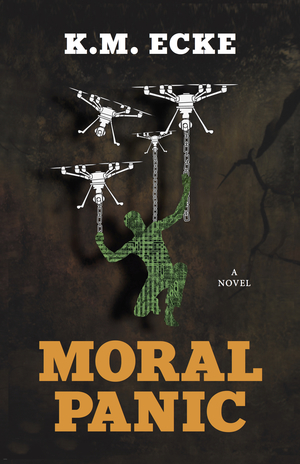 Storytelling is the most pervasive form of modern magic. Through the imagination we can transport ourselves through worlds we’ve made to show each other different sides of life.

As a jack-of-all-trades creative, I have a unique viewpoint of the different mediums of storytelling, and how the form used for a particular story affects our immersion in it.

I’ve placed the forms I’m familiar with on an arbitrary scale I developed for this piece. The scale will have most emotional-based and cerebral-based on opposite ends of the spectrum.

The reason horror films have scratchy dissonant music and romantic comedies have melodic music in major keys is because music is the language of raw emotion. It evokes very specific feelings in us. So film directors have their composers create types of music based on the feeling they want us to feel at that moment in the story.

A song that switches from a major to a minor key, or vice versa, often signals a shift in mood. Great operas can be dramatic in a way that isn’t always believable, but if the music directs us in the correct way, we don’t care.

Great poetry involves using words in combinations that have never been created before. By using language in this way, we hope to discover something beyond the words themselves, to hope for the transcendent by combining the arbitrary. A line of poetry that may not make sense within the context of a novel might hint at the emotional ocean of awareness bubbling beneath the obvious. In this way, a story told through a poem or song can express things beyond the boundaries of language by evoking the vast undercurrent of the universe outside the possibilities of our linguistic capability of expression.

The visual experience of film is far more direct. The emotions we feel for the characters within the story are shown to us. Why is that character crying? Cut to a close-up of the letter from her dead mother telling her she will always be with her.

This emphasis on images alters how the story evolves. Although music is used to guide our emotions within the film, a film with great music that makes no sense will not have the intended cathartic realization of a resolution. Our brains will reject the emotional involvement because the story pulls us from our suspension of disbelief.

The reason I decided to tell my first large story, Moral Panic, as a novel is because much of the drama I wanted to explore for my characters was within the mind. When we watch a film, it’s up to the interpretation of the director or actor to communicate their thoughts and emotions to us.

What I found liberating about my novel was the ability to be omniscient as a storyteller. The only room for interpretation is wherever I choose to leave space for it.

I can move from the mind of my main character, to the mind of a lesser character showing how each may see the same situation differently. This is called head hopping, and is apparently looked down upon by certain authors/editors, but I think it’s an incredible way to communicate a sense of the broader reality of a situation. It can give a different perspective on the story that is simply impossible through other mediums.

The act of reading a novel is a dance between author and reader. More is required from the audience than the other forms. The reader must supply the images, sounds, and smells based on what the author has given us. The active imagination is much more engrossing than the passive experience of a film.

When we experience emotions for a character in a novel it’s because we have understood every thought, emotion, and experience that brought them to the climactic moments of the story. We can sympathize with them because we feel we have spent so much time coming along on their journey. We feel an understanding of their humanity. 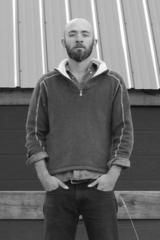 Hailing from the original birthplace of the atomic bomb, Los Alamos, NM, K.M. Ecke is an organic, free-range, preservative-free, philosopher-poet using universal truth to battle cultural insanity. Ecke, which is German for ‘corner,’ is the child of a physicist and musician and  grew up at the corner of creativity and logic. After ten years of existential exploration and creative experimentation, he releases his debut novel Moral Panic, along with an album of lyrically-focused songs, Change of Mind via his independent creative collective The Dream Flow.

Ecke strives to deliver a strong story with inherent value to his readers. The author is well-versed in writing, including essays, songs and poetry, the last of which the author finds the most  efficient form of expression, and thus, the best way to improve his writing practice.

Initially intending for law school, a business law class changed his direction, and Ecke chose to pursue writing, soul-searching and creative projects. After several years of odd jobs learning about different pieces of the world, he began his own private music teaching business and attended Colorado Film School for a year and a half to study film making. After 18-months in his program, he veered to his own path and established Dream Flow Media, the home to all of his creative endeavors; publishing, music and all additional branches of the many-faceted visionary. Along with his own creations, he strives to bring other artists into the fold to develop a creative collective for a variety of multimedia projects.

Ecke also works as a filmmaker for local non-profits and bands, and hopes one day to see Moral Panic on the big screen. The author lives in Denver, Colorado and hosts a storytelling micro-podcast Myths, Metaphors, and Morality. For more info, visit the author online at TheDreamFlow.com.