Getting Out Of My Own Way: Or Why I Don’t Believe in Writer’s Block by Nina Sadowsky 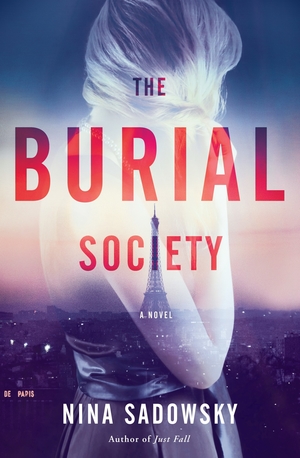 I sneered when I was first asked to be part of a panel on “Beating Writers’ Block” for last summer’s Thrillerfest, the annual New York-based conference of International Thrillers Writers.

“Who has the luxury of Writers’ Block?” I fumed. “Try a deadline, that’ll cure you. Try not getting paid until you deliver with two kids to support. Writers’ Block, my ass.”

I’m not sure to whom I was speaking exactly, despite the clarity of my disdain.

Reminding myself to practice compassion, I began asking others how they viewed Writers’ Block. Some described being blocked as not knowing what to write next. For others it was more of a confidence issue that kept their fingers frozen, their pages empty. Still others wrestled with overcoming the many distractions that derailed them from their personal commitment to write.

I related, but even within my compassion a tinge of disdain remained.

Of course we don’t always know what to write next; that’s the nature of the process! And yes, facing the empty page trusting you have something worthy to say is an act of courage. And no, it’s not always easy to keep a promise to write amid all the pleasures and pressures of life. But none of these qualify as “Writers’ Block” in my opinion.

Maybe it’s just a semantic shift, but why weigh us down with this burdensome label that by its definition denies writers our ability to work? Instead, why not honor the parts of the process that may not translate directly to a high word count, but are invaluable nonetheless?

If you don’t know where you’re going next with a manuscript, it doesn’t mean “a block” has descended in your path. Rather, it means more thought is necessary. All writing is decision making, if you “don’t know” it simply means you haven’t yet decided.

If you doubt you have something valuable to say, ask yourself why you began writing in the first place. Remind yourself that you alone can tell this story this way so you might as well give it your shot. As for the perils of distraction, I can tell you from first hand experience that nothing feels as good as fulfilling that promise to face the page.

I believe in treating writing like the job it is, scheduling strict work hours and sticking to them. But that doesn’t mean I slave away from dusk to dawn. The muse doesn’t always strike, so I’ve developed strategies. For example, what I like to call the art of “creative procrastination,” or “working up to the work.”

This can involve headline and email checking, or a couple of rounds of Words with Friends. Perhaps knocking something off my ever-present to-do list of annoying chores. It’s only then that I settle in. But again, that’s not block, that’s like stretching before a run.

If I’m feeling antsy in my chair, I’ll pull out an egg timer and promise myself a break after a seemingly manageable 20 minutes (although I frequently find once I’ve tricked myself into starting, I can keep going). And if I feel creatively stuck where I am, I’ll jump ahead to a scene I feel more confident about tackling (I call these “sneak attacks”) or abandon my computer for a journal and a free writing session.

Sometimes I’ll give myself a quick exercise: write 500 words around a random prompt, or add depth to a character sketch. It’s a way of shaking thoughts loose when I might be feeling uncertain of my direction. But again I don’t call this block; I call it process.

But the main reason I eschew the idea of writer’s block is self-compassion; after all, shouldn’t compassion start at home? Writing is lonely and often hard. In my case, it requires self-examination and exposure, courage and discipline. I write because I need to make sense of the world around me and I would do so even if no one else was reading. But I’m also driven by a desire to have my ideas shared; which means the inevitable blister of work not understood or appreciated. I work hard at my craft, researching for accuracy and texture, outlining, developing character biographies, re-writing endless drafts in search of the perfect sentence and paragraph flow. I wrestle with both hopes and fears about how my work will be received. I simply won’t add the bugaboo of Writers’ Block to my list of worries.

Ballantine published filmmaker Nina Sadowsky’s debut thriller, Just Fall, arrived in March 2016. She is developing a TV series based on the book with producer Mark Canton.

Sadowsky has written numerous screenplays and produced many films including perennial favorite The Wedding Planner. She also teaches script development and producing at USC’s School of Cinematic Arts.

Her second novel, The Burial Society, was published by Ballantine January 30, 2018 and she has just concluded a deal to make the thriller the first of a three book series.