Writing My First Novel: I Let the Characters Lead by K.D. Girsch 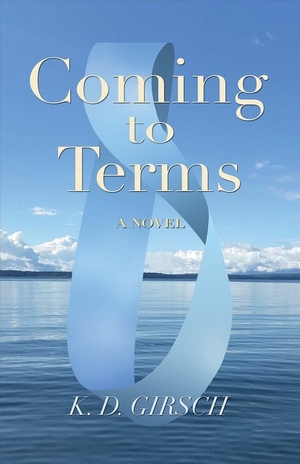 Writing My First Novel: I Let the Characters Lead by K.D. Girsch

I have carried on a passionate affair with fiction – its characters and the authors who created them – since I was a child seeking out stories on the adult side of my small town’s one-room library. As an undergrad and then a graduate student, I studied and analyzed literary works, but I never considered writing a book.

Coming to Terms: A Novel is my debut work. I didn’t set out to write a novel. A scene took up residence in my head: an interaction between a young woman who had suffered tremendous loss and a sympathetic man. They sat talking in a hotel bar in London. I could hear their voices and see each gesture. The scene persisted, provoking questions about the woman’s past. The search for answers moved the action back in time and gave her a name, Ellie. As the narrative evolved, the anonymous man in bar became Will. He had a past to uncover as well, and these two characters began to create a present, complete with friends and family. I seemed to be discovering characters rather than inventing them. I shared parts of the story with my husband and my sister, who encouraged me to write it down. I resisted for a while, but ultimately decided to write for them.

Early attempts at writing dispirited me. I couldn’t do justice to the characters, and I was so disappointed by my inability to reveal them on paper that I almost quit trying. But I continued to examine the personalities of the individuals and came to know them intimately. I determined to write them well. Inspired by these characters, I wrote with fervor – in bed first thing in the morning, at my office desk in the afternoon, late at night on an easy chair in the den, and in the cramped seat of a transatlantic flight. The characters drove my writing. They are the heart of the story. Their interaction and empathy form a center that holds in the face of adversity.

A friend of my husband asked him, “Are you in the story?”

My husband answered, “We’re all in it.” He was correct. The characters and events of the novel are fiction, but a lifetime of my family’s and friends’ hopeful and fearful faces, their cries of delight and distress, and their expressions of love and wonder informed me as I wrote.

Writing and rewriting Coming to Terms was by turns exciting and arduous. I treasure the entire process, from my early misgivings through the months of energetic engagement that followed. It has been a gratifying journey that continues as readers connect with me to share feelings of love and inspiration stirred by the characters.

K.D. Girsch began her undergraduate career as an enthusiast of English literature. Post-baccalaureate study of Spanish ignited a passion for Hispanic authors, and she completed a master’s degree in Spanish Literature. She is an avid traveler and has followed the same paths―in the Finger Lakes, New York City, London, Yorkshire, and Madrid―as the protagonist of Coming to Terms. She is currently at work on Connections, a series of short stories that relate episodes in the lives of characters introduced in Coming to Terms.