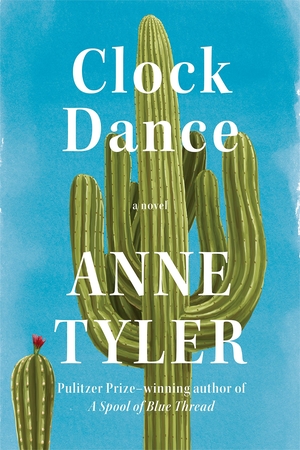 Anne Tyler creates characters easy to identify with, easy to love, and certainly easy to be engrossed by. In Clock Dance, the reader meets Willa Drake at four important points in her life: 1967, 1977, 1997, and 2017. In 1967 Willa watches her parents’ marriage disintegrate as her mother disappears randomly. Her life is filled with uncertainty and angst. In 1977 college is her focus, as well as, a possible marriage to everything her parents are not. 1997 brings her to terms with the sudden death of her husband and trying to understand her two boys. 2017 finds Willa trying to find her place in her second marriage and her life. The relationship with her kids is nonexistent and Willa jumps in to help a stranger leading her down another path. Her sudden trip to Baltimore drops her with a stranger’s child, a foreign neighborhood and a cast of characters that keep the street interesting.

Tyler’s simple, straight forward writing style envelops the reader like a best friend. The dialogue feels very real and the struggles that Willa is navigating could easily be the reader’s exact turmoil. Tyler’s characters weep and the reader weeps alongside them. Readers will identify with the ending full of hope and promise. Readers will not procrastinate and will want to turn the page to learn how Willa navigates the twists and turns of life’s complications.