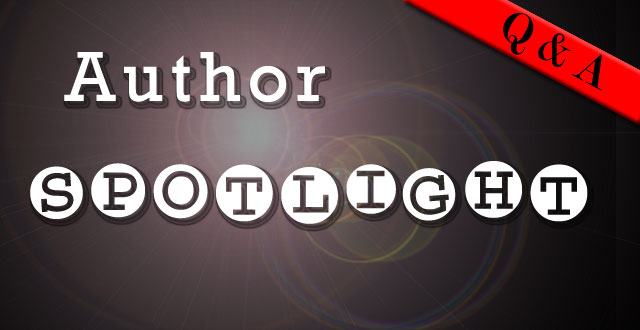 Q: What inspired you to write Titanic: Voices from the Disaster?

DH: Over the years, as I’ve visited schools and talked with students, I’ve found young people to be insatiably curious about the Titanic disaster. So, about four years ago, knowing that the 100th anniversary of the event would take place in 2012, I proposed the idea for this book to Scholastic as a way to bring the stories of survivors to life. I think, in a way, the Titanic disaster makes historians of us all. I am so pleased to be able to partner with Scholastic on this book which I hope will inspire young readers to begin to think like historians and also learn more about one of the defining events of the 20th Titanic: Voices from the Disaster century.

Q: Why did you decide to present the disaster using the voices of the survivors?

DH: Hearing the story of the Titanic through the experiences of those who were there brings us closer to the event and makes it more real. Often kids – and adults — say they find history boring. Well, it is if it’s been reduced to simply memorizing names and dates. But I think what makes history fascinating is that it is made up of individual stories of ordinary people. When we read about the Titanic, we can’t help but imagine ourselves on board and wonder what we would have done. And so I think telling the disaster in this way is the closest we can come to being there.

Q: Can you tell us a little bit about your research process?

DH: I wasn’t a Titanic expert going into this project. I wouldn’t make that claim now, either! There are so many wonderful amateur and professional historians who have been studying the Titanic for years and who are so gracious about sharing information and encouraging inquiry. I first began by reading all the basic secondary sources to get a general picture of the disaster. In the end, I found that I relied most heavily on primary, first-hand accounts, especially the testimonies of the U.S. and British inquiries, which are available online and are fully searchable. What an incredible resource! Also, my book includes some information by Titanic historians and experts who were willing to share their expertise. In addition to the testimonies, Encyclopedia Titanica online was an invaluable resource.

Q: How did you choose the photographs and illustrations in the book?

DH: I provided Lisa Sandell, my extraordinary editor at Scholastic, with a binder of possible photographs and illustrations, and we reviewed these and others that she found together. (We used Skype!) She then worked closely with Phil Falco, who did such an amazing job designing the book and that breathtaking cover. The book opens with the story of Father Frank Browne, who took photographs during the first day of the voyage before he departed the ship in Queenstown. I was so struck by his story and these rare, important photographs I had to include him in the book.

Q: Was there anything that surprised you during your research for this book?

DH: There were many things that surprised me, but two stand out. The first was simply the complexity of the Titanic story. One of our original ideas for a title was “nine hours,” the time that elapsed from striking the iceberg until the rescue ship left the area. Having written about the history of cotton over several hundred years, I just assumed that focusing on such a short period of time would be much easier. Wrong! There were 2,208 people on the Titanic when it sank on April 15, 1912, and each person has a story. Some of the key figures, whose testimony would have been invaluable in recounting events, did not survive. Some people didn’t remember things correctly, and others may have embellished their accounts. Sorting through this mass of information that to tell the story of the disaster turned out to be a challenge.
The second surprise for me was how emotionally difficult telling the story turned out to be. I remember Ken Burns talking about his Civil War documentary, and the moment where they were filming President Lincoln’s assassination. As Booth raised his pistol, several of the crew, including Burns, spontaneously yelled, “Stop!” In the same way, as I was writing about the moment where the ship struck the iceberg, I wanted to yell, “Slow down! Watch out.” Of course, we can’t change history. But getting this close to it – writing about it, filming it, maybe even reading about it – you often wish you could. This was especially true for the Titanic, as I got to know some of the individuals and families who died. I just wished I could step back through time and launch more lifeboats!

Q: What do you hope readers will take away from Titanic: Voices from the Disaster?

DH: I think that readers are interested in the Titanic for many reasons. Some are fascinated by the ship itself, by the details of how the disaster happened, or by the challenge of piecing together a detailed timeline of events. I hope my book provides information to serve as a springboard for these investigations, which can become a lifelong fascination. Most of all, I hope readers will empathize with the individuals and families whose stories are told here. I was reminded again and again as I wrote that ordinary people were part of this tragedy. It’s something I try to remember every day. We hear of disasters and violence every day on the Internet, in newspapers, or on television. How do we continue to keep empathy alive? Imagining what it was like on the Titanic that fateful night might be a way to remind ourselves and our children that although disasters may seem far away, real people are involved; it could be us and our friends and family. The people on the Titanic were more than just victims or survivors: They had hopes and dreams just like us.

This interview has been provided by Scholastic Inc.