The Wandering Land by Jamie Killen 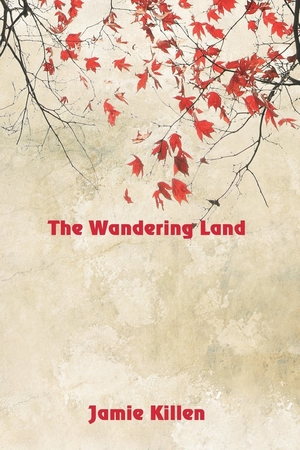 One sunny Tucsonan day, five artists find themselves drawn to another realm, each finding an entrance to a hidden land of fairy tales that seems as if it were built just for them. Coyote, a musician with a mysterious past, brings them together, which triggers the beginning of a series of trials designed to bring them to the Queen of the realm. The group learns they must collaborate, using their own unique skills in harmony to bring changes to the world and pass the challenges. Yet this world’s Queen is but a child, with a child’s sense of right and wrong and when her fears cause her to lash out the group suddenly remembers that not all fairy tales have happy endings. Can their passions and imagination help set them free from Ballysherrin or will they fare as poorly as the last group of artists drawn to this magical realm?

Jamie Killen’s The Wandering Land is a thoroughly engrossing fantasy novel. As a Tusconan for the first 26 years of my life, it was fun to see the local hot spots and hangouts referenced, which added a great deal to my personal immersion in the story, and the desert of Tucson acts as a vivid counterpoint to the Celtic inspired lands of Ballysherrin. The referenced fairy tales were familiar and delightfully warped as Jamie didn’t hold back from the darker aspect of fairy tales. What really makes this book work, however, are the characters. This is a very character-driven novel, and each of the characters were given the time to show their flaws and strengths that made them individuals. Eli is the middle-aged dad, a painter at heart who had given up his passion for the realities of making a regular paycheck to support his growing family. Amal is an art professor who is struggling to find inspiration for her next piece. Darcy is a webcomic artist whose temper often causes her to react first and think later. Wes, Darcy’s partner, is a talented writer for the webcomic Darcy illustrates and constantly deals with the casual racism being Hispanic can bring. Finally, there is Coyote, a young woman who was found walking along the side of a road with no memories of her childhood and has had to carve out a place for herself when her talents make her a bit too “other” for most people to tolerate. Each of these characters have conflicts of interests and personalities that make their interactions authentic as well as enjoyable to follow along. The mystery of Ballysherrin’s Queen is wonderfully unveiled, and, as with all fairy tales, it offers its readers lessons to take away with them upon finishing the narrative.

If you enjoy magical realism, myths, fairy tales, or art in its many varied forms, then The Wandering Land is not a book you want to pass up. Expect to be curled up for a long weekend of adventure when diving into this one.